Late to the party and a few bits short 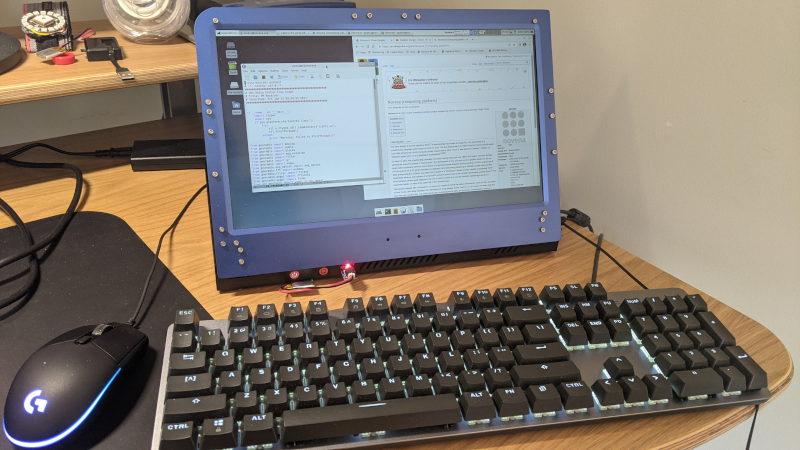 I recently had the opportunity to purchase a pristine Novena desktop system. For those who aren’t aware, Novena is a Freescale i.mx6 based open-hardware computing platform which began shipping in 2015. It was available as a desktop, laptop, standalone board and a really neat heirloom version with a wooden case. The Novena was always a curiosity for me since it was announced. But back in 2015, I missed my opportunity to purchase one – probably due to a bit of procrastination and the fact that I already had a Udoo Quad board, which is powered by the same processor. Because it’s based on the 32-bit processor, I purchased it with open eyes, knowing that it would not deliver M1 performance. Remarkably, although the creators of the Novena have declared it EOL status, there are still some components available to purchase on Crowd Supply, including mainboards.

I’m a bit of a boomer when it comes to technology. I cut my teeth back in the day on highly expandable systems such as the IBM PC XT, Commodore Amiga 2000 and still to this day do my fair share of tinkering - for example that super cool Flora watch project which I did back in 2020. That being said, I’ve also been one to appreciate leading edge design from Apple and the super cool NeXT and SPARCstation systems designed by the renown team at Frog Design. But cases are designed to house and protect what’s inside of a computer when it’s operating.

The Novena desktop and laptop versions eschew this for a design which features a pop out screen, supported by a gas strut similar to what you’d see on a hatchback liftgate, exposing the mainboard in all it’s glory - when the system is operating - caution is always a good idea.

Of course I could tell you about the time many moons ago that I fried a system by carelessly dropping a metalic object on the mainboard while the system was running. With that hard lesson learned, I’m being super cautious with Novena.

My Novena desktop arrived from a far off land and survived a transatlantic voyage unscathed, due to impeccable packaging. So although I’m very late to the Novena party, I managed to make it, circa 2021.

Before deciding on purchasing this previously loved Novena, one important factor I did research was OS support. OS support is often spotty for such non standard systems. Luckily an industrious person has kicked off the novena-next project, which aims to deliver OS support for the Novena for the foreseeable future. As always, your mileage may vary.

Opening the package, I was like a kid at Christmas. The previous owner shipped me the whole shebang - Novena-RF SDR, extra green bezel, speakers, screws, clips, power adapter etc. I connected the system to the power and it immediately sprang to life and booted an older Debian version.

I’ve done a lot of tinkering since that first day. My Novena now has Debian 10 Buster installed (relying on support from novena-next), and boots from a SATA SSD. The speakers have been installed along with the Novena-RF SDR (which replaces the breakout board). In fact, I’m writing this blog on the Novena running LibreOffice, while listening to music from YouTube through Chromium, along with a bunch of terminals opened to some much more powerful systems humming along in my basement.

Novena definitely won’t win any speed records and is a few bits short of 64. But it makes up for all of that in character. As I experiment with Novena, I plan a few more blogs along the way. Stay tuned for more. A computer with nine lives? It just may be the case with Novena.